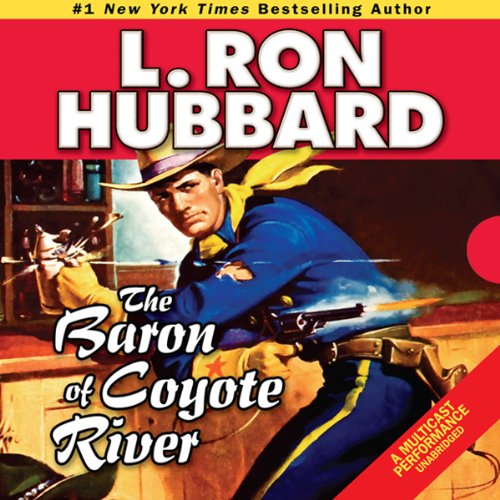 The Baron of Coyote River

Lance Gordon’s running out of room and time. Back in the Sierras he killed the man who murdered his father. Unfortunately that man turned out to be a Deputy Marshal, and now Lance has a price on his head. Like Alan Ladd as Shane, Lance wants only to live in peace, but he’ll have to go through hell to get there.

Running from the law and the cavalry, Lance heads for the one place no sheriff or soldier will go—into the territory ruled by The Baron of Coyote River. The Baron is the king of the cattle rustlers—as feared and hated as he is powerful. No one dares take him on . . . until now.

Lance is sick of running, and taking on the Baron is his last chance for a second chance. Before the battle is over, Coyote River will run red with blood, as Lance has vowed to redeem himself . . . or die trying.

Also includes the Western adventure, “Reign of the Gila Monster,” in which a stranger rides into the roughest, toughest town in the West—and sets out to show the town who's boss.

“If proof were needed that L. Ron Hubbard could handle the Western with the flair of a Louis L’Amour or Zane Grey, this book is it.” ( True West Magazine)

What listeners say about The Baron of Coyote River