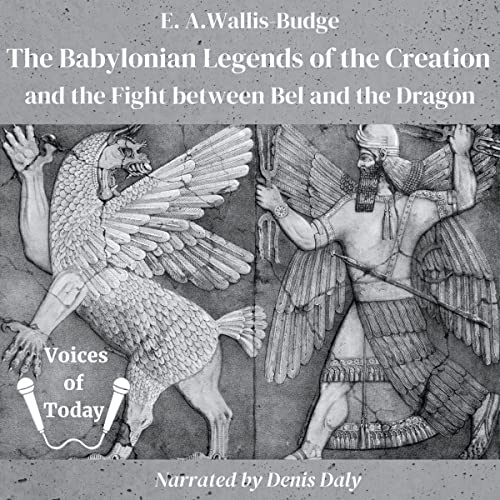 A significant focus of the literature of the ancient Near East, which includes the Bible, is the creation of the known world. The clay tablets, which were discovered in the ruins of the library of King Ashurbanipal (B.C. 668-626) at Kuyunjik (Nineveh), contain detailed descriptions of the views and beliefs of the Babylonians and Assyrians about the Creation.

These tablets were worked through by George Smith, who identified many of the historical inscriptions of Shalmaneser II, Tiglath-Pileser III, Sargon II, Sennacherib, Esarhaddon, and other kings mentioned in the Bible, and several literary compositions of a legendary character.

In the course of this work, Smith discovered fragments of various versions of the Babylonian Legend of the Deluge, and portions of several texts belonging to a work that treated the beginning of things, and of the Creation.

As the tablets are in a fragmentary condition, there are significant gaps in the translation. However, enough of the text has survived to present a substantial view of Babylonian theology.