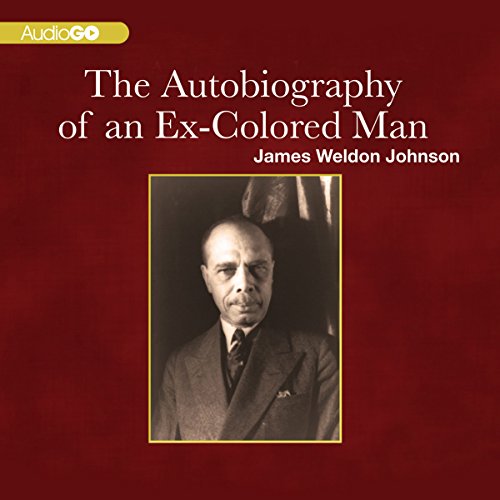 The Autobiography of an Ex-Colored Man

James Weldon Johnson's emotionally gripping novel is a landmark in black literary history and, more than 90 years after its original anonymous publication, a classic of American fiction. The first fictional memoir ever written by an African-American, The Autobiography of an Ex-Coloured Man influenced a generation of writers during the Harlem Renaissance and served as eloquent inspiration for Zora Neale Hurston, Ralph Ellison, and Richard Wright. In the 1920s and since, it has also given white readers a startling new perspective on their own culture, revealing to many the double standard of racial identity imposed on black Americans.

Told by a bi-racial man whose light skin allows him to "pass" for white, the novel describes a pilgrimage through America's color lines at the turn of the century - from a black college in Jacksonville to an elite New York nightclub, from the rural South to the white suburbs of the Northeast. This is a powerful, unsentimental examination of race in America, a hymn to the anguish of forging an identity in a nation obsessed with color. And, as Arna Bontemps pointed out decades ago, "the problems of the artist [as presented here] seem as contemporary as if the book had been written this year."

What listeners say about The Autobiography of an Ex-Colored Man

I have always wanted to read this book. Now that I have, I am a bit disappointed. It was going along very well, but by the time it reaches chapter 11, there seemed to be some rush to finish. Johnson only spent about 2 chapters depicting his life passing as a White man, even though that is the name of the book. He only related to passing as White in relation to the meeting and marrying of his wife. His life and travels and experiences were very interesting, but when it came time to address the subject matter of the title, it came up very short. It was as though he grew tired of his own story and just wanted to hurry up and finish. And I think this approach cheated the reader from getting to know what it really was like for him. I was very much looking forward to his latter experiences because he depicted his earlier experiences so well, which drew me in. Unfortunately, the reader gets abandoned at the end after spending so many hours getting into the story.

Also, the narrator who performed the book was very distracting. For some reason, his voice did not lend itself to the story.

It is easy to see from the very first line why this book has become a classic along with being an important and valuable piece of work. It clearly demonstrates how sick and twisted society was and still is in many ways. I would recommend for all to read this as it is paramount that all understand the double standard that unfortunately still exist and how hurtful and soulfully damaging that prejudice plays. Sad but true! I absolutely loved the narrator and would gladly see what other books he narrates. This book is worthy of 5 stars for certain!

So much potential lost

Fear? Lazy? Shame? So much talent waisted. It's so sad how just the label of black can cripple potential.

The performance was excellent. The story is important for all Americans to hear - a classic.