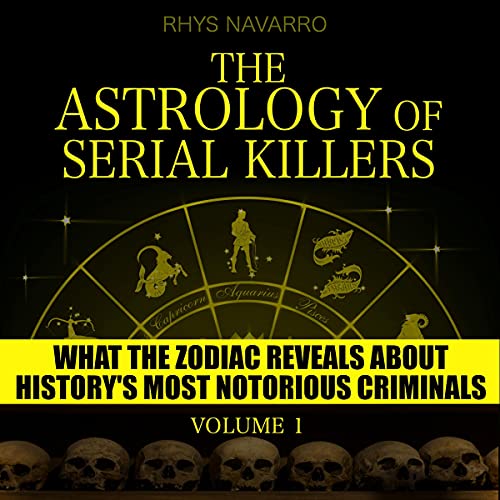 The Astrology of Serial Killers

By: Rhys Navarro
Narrated by: Kevin Kollins
Try for £0.00

What turns a person into a serial killer? Is it possible their dark destiny was foretold in the stars? This audiobook provides the background stories and driving forces behind 24 of the most notorious true crime serial killers of the previous century, including Jeffrey Dahmer, John Wayne Gacy, Charles Manson, and Richard Ramirez.

But that's not all! It also includes breakdowns of the natal charts for each killer, analyzed with astrological pointers to their crime sprees. Could their descent into depravity have been recognized and perhaps diverted before they turned to a life of murder? Some of the results may surprise you.

What listeners say about The Astrology of Serial Killers

This book was a nice read, or rather listen. It was cool to hear about how the signs play a part on how a serial killer acts and thinks. It's short and informative, give it a go!