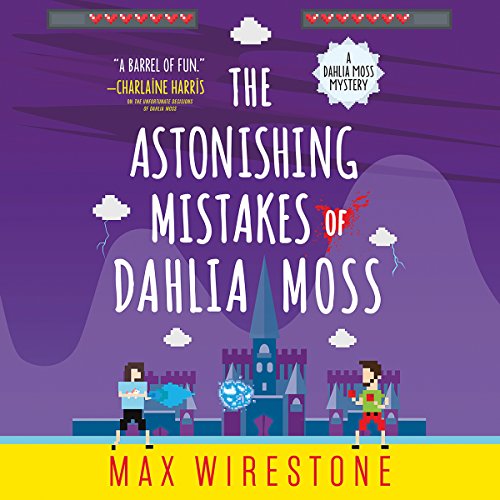 The Astonishing Mistakes of Dahlia Moss

The Astonishing Mistakes of Dahlia Moss

Veronica Mars meets the World of Warcraft in The Astonishing Mistakes of Dahlia Moss, a mystery romp with a most unexpected heroine.

You'd think that after I took a bullet in my arm following my last case, I'd be timid about going in guns blazing a second time. But you'd be wrong. I faced down death, and the only bad thing that happened was that I got a cool scar. Which is a like a tattoo but with street cred.

I may have been a little overconfident this time. And that may have seriously clouded my judgment. Some small but confidently made mistakes include:

That's the thing about a sense of invulnerability - you usually get it right before things go terribly, terribly wrong.

incredibly well read, perhaps losing a small part of the irreverent fun of the original.

Funniest book I own.

I’m going to keep this short and sweet: this book is great. The story is very nerdy and entertaining (and hysterically funny) and Lauren Fortgang as narrator is awesome. Seriously, I can’t stress that enough. I’m an audiobook enthusiast, and Lauren is the best narrator I’ve ever had the pleasure of listening to. 10/10, will listen again.