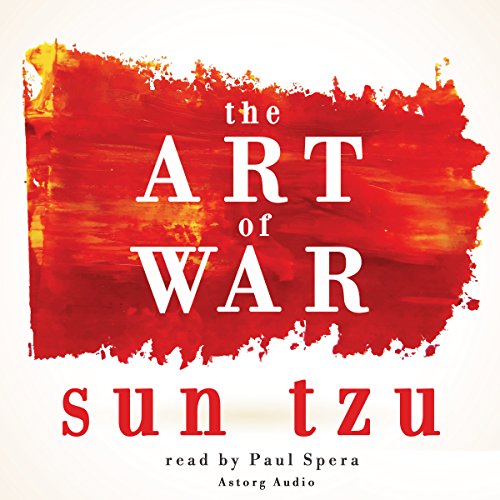 "The Art of War", by the Chinese military strategist Sun Tzu, was written in fifth century BC and remains one of the most influential strategy treatises of all time. It was held as the most important military treatise for 1500 years, and has now a pervasive influence on Eastern and Western military thinking, business tactics, legal strategy and beyond. The ancient wisdom of this ultimate guide to combat strategy is indeed applicable in all areas of life by anyone willing to ensure every kind of victory.
©2018 Compagnie du Savoir (P)2018 Compagnie du Savoir
Eastern Buddhism
Show More Show Less

What listeners say about The Art of War

The book itself is quite charming if a bit short, it's definitely a 1 sitting listen. *All* the other versions on Audible however have british narators that absolutely ruin the experience by putting on a half racist chinese accent. Paul Spera has an average, easy to understand american accent and I've enjoyed listening to him. Deffo get this version if you want to listen to The Art of War.