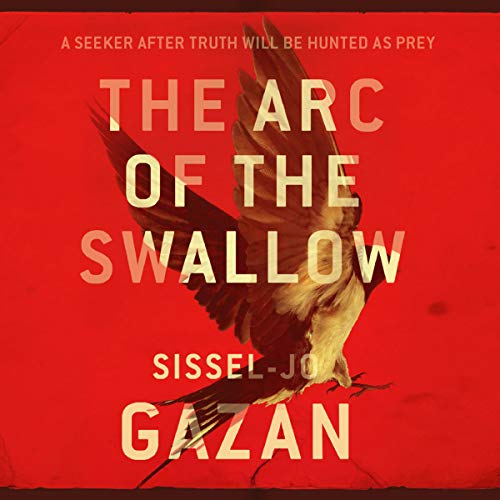 The Arc of the Swallow

A seeker after truth will be hunted as prey.

When controversial Professor Kristian Storm is found hanged in his office, his assistant, Marie Skov, refuses to believe that he has committed suicide. Having just returned from West Africa on a research trip, the late scientist had uncovered a shocking truth about immunology programmes in the developing world.

Former police detective Søren Marhauge is determined to prove what really happened to the professor. While Marie grapples with Storm's disputed legacy, Søren leads them both beyond legal boundaries and behind the scenes of the cut-throat pharmaceutical industry.

Sissel-Jo Gazan's best-selling and influential The Dinosaur Feather introduced Danish Crime lovers to the competitive and perfidious world of biological science. In this outstanding sequel, her ingenious research, complex characterisation, and suspenseful plotting supercedes the promise of her internationally acclaimed breakthrough.

What listeners say about The Arc of the Swallow

Deep and rich - erudite but accessible - a fantastic blend of original and layered characters interacting in the accademic world. interlectual intrigue at its best