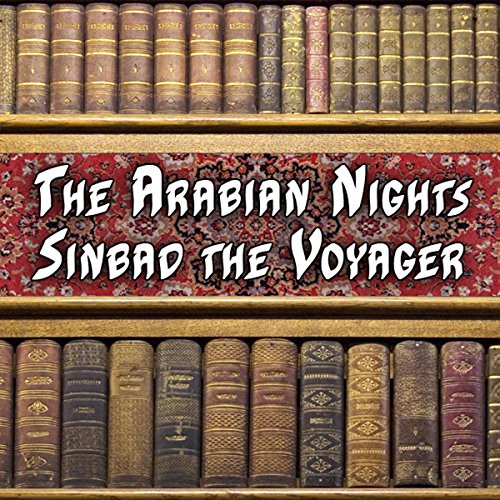 The Arabian Nights - Sinbad the Voyager

After spending all the wealth left to him by his father, Sinbad goes to sea to repair his fortune. He sets ashore on what appears to be an island, but this island proves to be a gigantic sleeping whale on which trees have taken root ever since the world was young. Awakened by a fire kindled by the sailors, the whale dives into the depths, the ship departs without Sinbad, and Sinbad is saved by the grace of Allah.

What listeners say about The Arabian Nights - Sinbad the Voyager

This is a clever use of the imagination.

What did you love best about The Arabian Nights - Sinbad the Voyager?

The persistence and love that Sinbad had for the sea and also the lengths he had to go true to make an honest prosperous living.

Sinbad- He was brave and clever in his actions

Yes- but a bit more diversity in reading (vocal) dynamics would better enhance the listening delight.

I have always loved this collection of tales and the performance was good as well. I did have to have a talk with my son about some of the outdated language, but it's a very old book. It's not really fair to hold it to today's standards, but it is something to consider when a child is listening.