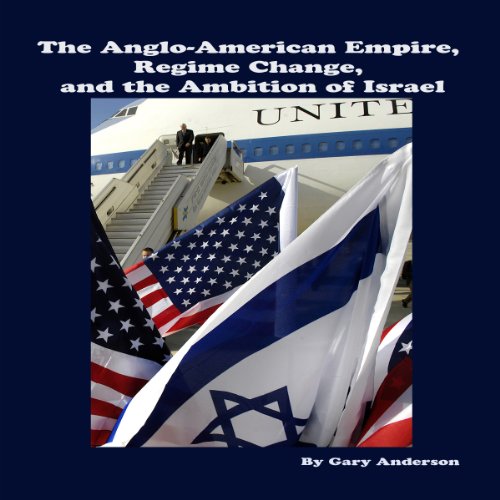 The Anglo-American Empire, Regime Change and the Ambition of Israel

There are two smoking guns provided in this audiobook. One describes the advantage that the UK Square Mile took in the financial fleecing of the United States. The second is the advantage Israel took in establishing a financial incentive to neocons, Rothschilds, and other UK wealth to push for regime change in the Middle East.

The Anglo-American Empire has adopted a plan for dominance in the Middle East. This dominance taken to its logical conclusion is dangerous and is based upon greed and power. The USA has been abused by both the UK and Israel in this process. One would hope pragmatic leaders in Israel and in the USA and in the UK would moderate these abuses. The financial fleecing of Americans comes from UK easy money and Israeli desires for Middle East dominance.

When money, power and religious zeal come together it becomes an unholy alliance. Only pragmatism will overcome the base desires seen in the unfolding of the empire's plan.

What listeners say about The Anglo-American Empire, Regime Change and the Ambition of Israel

Interesting... to know people think like this. Honestly, not sure how I felt about this perspective.