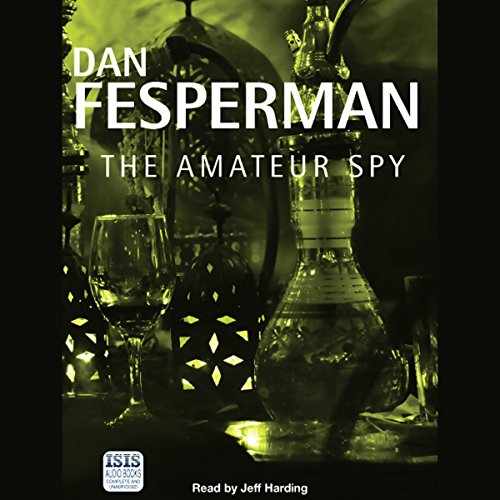 By: Dan Fesperman
Narrated by: Jeff Harding
Try for £0.00

Freeman Lockhart is working for his old friend Omar in Amman, Jordan - and spying on him too. Hoping to prevent his own secrets from ever coming to light, Freeman has agreed to report back on his friend to a clandestine agency interested in Omar's finances.

Meanwhile, in Washington, DC, Aliyah Rahim is spying on her husband, Abbas. A brilliant doctor, Abbas is crushed by the death of their daughter, which he blames on the post-9/11 mood of hostility towards Arab-Americans. Aliyah fears he may be planning a terrifying act of revenge.

Both Freeman and Aliyah are pitched into the same deadly game, in which the only rules are violence and deceit.

"A new book by Dan Fesperman is becoming a major literary event." (Sunday Telegraph)
"Vivid and dramatic....[Fesperman] is honing the genre of intelligent political thrillers." (Economist)

What listeners say about The Amateur Spy

A bit far fetched and the plot was entirely predictable. Easy listening but not as good as some of this authors work.

I think this one is a bit weak on two levels.

I've just never read a terrorism plot which I've found credibly told (probably with exception of The Reluctant Fundamentalist by Mohsin Hamid). Western authors just don't quite convince me with portraying the underlying emotions and the characters never quite gel with me.

The aid workers traumatic experience from which he tries to protect his partner doesn't really work for me. (He should have just come clean!) The Palestinian story in the US feels a little bit unreal.

Also the setting, in Jordan, is not quite as strong as others. I like his descriptions of the Palestinian refugee camps and the various factions in them. But Aman doesn't quite come to life.

But there are some nice ideas in this book. I like the circle of friends who find their own solution to the Israeli land grab and I would generally read pretty much anything Fesperman comes out with so I don't want to put people off too much.