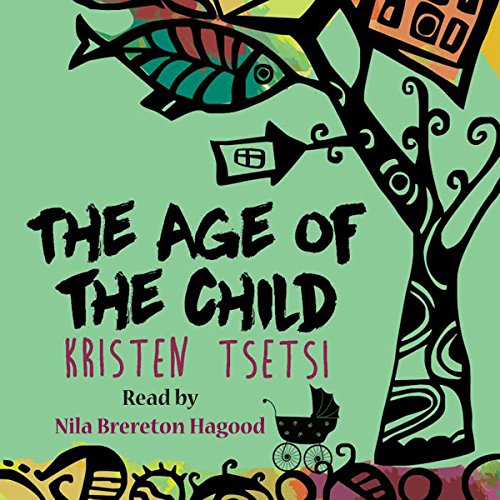 The Age of the Child

What if parents needed a license to have kids? The Age of the Child asks (and answers) that question, but only after asking, "So, what would happen if birth control and abortion actually were criminalized?"

It's the worst time in the nation's history of reproductive legislation for someone like Katherine, who doesn't want a child, to learn she's pregnant. The ratification of the pro-creation Citizen Amendment has not only criminalized the birth control that would have prevented Katherine's accidental pregnancy, but abortion and most miscarriages are illegal, too.

In this environment, not having a child will be a challenge.

Katherine isn't afraid of a challenge.

It's probably the worst possible time in the nation's history of reproductive legislation for Millie - well, for someone like Millie - to decide rather suddenly that she wants to be pregnant.

Since the recent implementation of parent licensing, getting pregnant requires government approval, and even attempting to cheat the system carries a sentence of imprisonment in a mysterious facility known as Exile. In this environment, a pregnancy for someone like Millie is all but impossible.

What listeners say about The Age of the Child

I have just finished this book in audio and I have to confess, I'm disappointed that such a potentially fascinating subject didn't come across better. So now I have to justify that comment as I don't feel it's fair to the author to criticise their work without justification.

The premise of the book is that both birth control and abortions are illegal - nothing new there, that was Ireland in the last century, and I'm sure many other countries too. What the author adds is that miscarriages are also illegal, hopefully with the intention of preventing home abortions. Unfortunately she doesn't follow this with a relatable story that affects us emotionally, instead she litters the world with abandoned children, babies, toddlers, teenagers, suddenly being dropped everywhere. The police are out, trying to catch these neglectful parents, so it becomes a game of hide and seek. I was listening to this while nursing my two newly-born grandchildren, so it should have been easy to involve me emotionally, but I was very much on the outside, looking in. I needed more background, more involvement; I needed to feel I was there, sharing the fear and despair of the children.

Maybe a prologue that took me from the present time to this Dystopian future would have helped, so I felt connected, rather than dumped in an era that makes no sense, like a new born child who doesn’t understand their surroundings.

In the first part, the main characters are two couples, one woman who desperately wants a child and one who most definitely doesn't. Time passes and by part two, the laws have changed to a system where every pregnancy must be registered and receive prior permission. The next generation (Millie and Lene) must struggle to build their families around this additional restriction.

The young Millie is very unpopular amongst her classmates and this is supposedly because she was unwanted, but one would assume that a high proportion of the class was also unwanted. She is desperate to impress her parents and writing short stories seems to make them happy, so she looks everywhere for material by eavesdropping on her classmates. Most of the stories are about children ‘disappearing’. There were too many of these stories, in my opinion, which Millie's mother comments on by correcting Millie’s spelling: as a reader this became boring, one or two would have been enough.
Then there is her one 'friend', her ‘puppy’? Is it some sort of a computer? Is it just a screen or a robot?

I enjoyed the philanthropic work of Lene and Floyd, but their relationship was, well, weird. If this was the norm then it required explanation too.
I have just listened to the ending twice and I'm not clear what we are supposed to surmise. Won't say more, for fear of spoilers.

Finally, the narrator; when she was on form, all was well, but she seemed to get tired and started making mistakes and wrong word emphases.

My conclusion is that this could be a great book but it needs some serious editing, as it stands it just didn't work for me.

The Age of the Child

This book has an interesting idea which hits slightly too close to home, what with current events in America surrounding abortion laws. It was slightly slow in places but I enjoyed the frequent change of perspective. The ending was a surprise and it definitely left me with plenty to think about!

This book was given to me free of charge in exchange for a review.

I was given this audiobook for free in exchange for an honest review.

As someone who is very pro choice and doesn’t actively want children I was really curious to read this. I was happy to find it made me rethink certain views (I’m sure I have more than once, in a heated moment, declared people should require a license to breed). A well balanced narrative and an interesting topic.

According to the star guidance for ratings, 2 stars equals "it's OK" - that's about right for this one.

The story considers the effects of government that regulates child birth - first by prohibiting all contraception and abortion and then later the other extreme: prohibiting all births but those that are pre-licensed. The characters starting the book are friends, both pregnant. The novel continues through their daughters' lives. I felt this had so much potential but it was so hard to get involved when NONE of the characters were likable. Even the possibly-likable ones weren't really. Secondary characters were one-dimensional.

The narration was erratic. Sometimes it was quite good - you could hear the humor at the right time etc. Other times, she just seemed out of step with the narrative - too hesitant. Characters did have their own speech rhythms but it was subtle and in at least one conversation b/w main characters, I lost the thread of who was speaking as the dialogue went back and forth. Also, and this was a real negative, almost every time there was foreign phrase (and there were several), it sounded patched in. Very noticeable.

I received this audiobook free from audiobookboom.

The Age of the child

This was a well thought out book.It was good,though hard to read at times.Just think if America actually GOT that way.It is a scarey thought. Nila Brerton Hagood was a good narrator. I was given this free review copy audiobook at my request and have voluntarily left this review.'

First of all: "This book was given to me for free at my request and I provided this voluntary review."

So this book was bizarre. I don't necessarily mean that in a bad way, I just can't really think of a better way to describe it. The whole premise was pretty interesting, and definitely very unique. I think one of the purposes of the book was to show the "slippery slope" of limiting reproductive rights and control. And by going WAY to the extreme, I think that point was made.

The characters were definitely pretty engaging, and the writing style was unique. It felt like it was so close to a book that I would just love, but there was some intangible something that kept me from wholeheartedly embracing it.

One thing that was a little odd was the dichotomy of the narrator and the subject matter. The narrator's voice kind of felt too nice, or maybe too pleasant, for the subject matter and also the writing style. Not that the narrator wasn't good, because she was definitely a good narrator. Again, something just kept me from loving it.

A shocking peek into a potential future if current events continue. This book is surprisingly on topic for today's current events.

I enjoyed the story. I also enjoyed the conversations about rights that reading this book facilitated. I have a feeling I will be thinking about this book for a long time to come, and will probably listen to it again. I recommend this book 100%

I am puzzled, no irritated, by a recent of review of my narration. Clunky? Nope. Southern accent coming and going at random? Yup, if the listener had actually LISTENED to the book, she/he would have known that was intentional, and the reader/listener was told that this only happened when Katherine was lying. All sound the same? Nope. Each character had their own personality, pace, and tone.

Pauses?, yup, when the manuscript calls for it, you pause, or stutter, or do whatever the author wishes.

I suggest that people who choose to say these kinds of things would be better off to READ a book, rather than listen and judge harshly, with no idea of what the author intended, which I believe I captured. I know this is not a good thing to do, but haters need to be told that their actions are unwarranted, often undeserved, and unnecessarily harmful. I suggest you consider giving a HELPFUL critique, which would be so much better, and more educated, than bashing.

Is this a prophecy book? Perhaps. Right along with A Handmaid's Tale. This one may not be far off of the mark.

This is a dystopia where childbearing is taken so seriously that abortions and even miscarriages are investigated and legally punished. The main characters of the first part are two female friends who conceive around the same time but only one the children is wanted. The book follows the story of these two children, two girls, who remained friends from the beginning, but whose very different upbringings marked them for life. In the second part, Millie, the unwanted child, desperately wants to get pregnant, but society is trying to fix the mistakes previously made, and child licenses are given to only few.

This is a very interesting topic, and one not often covered in science fiction. A recommended read for any pro-life advocate. Streets full of abandoned children, and unwanted but kept children who grow up just to be dysfunctional human beings. I’m terribly biased regarding this topic, as I believe is Kristen Tsetsi.

The pace of the book is a bit slow at times, but I feel it’s necessary to illustrate all that is happening. I missed a bit of world building. This was also one of my complaints about The Handmaid’s Tale. The story is so centered around the main topic that there is little information extra about the world they live in.

I listened to the audio version of this book and I struggled… a lot. I was about to abandon the book several times but I kept on because the subject was interesting. There were issues at several levels: Nila Brereton Hagood’s reading was clunky and there were weird pauses in the middle of sentences and sometimes the wrong intonation. The character’s voices sounded all the same, and the interpretations were stiff and with no inflections. It was quite difficult to follow dialogs. Millie’s friend had sometimes a Southern accent that was appearing and disappearing at random. Regarding audio production, there were multiple very noticeable audio edits, volume changes, and sounds of breathing in.

It was such a pity because the book is quite good, but I would not recommend the audio version.