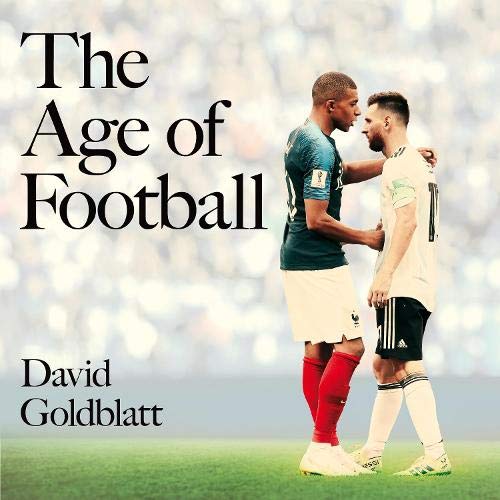 The Age of Football

The epic exploration of society, politics and economics in the 21st century through the prism of football, by the critically acclaimed author of The Ball is Round.

In the 21st century football is first. First among sports themselves, but it now commands the allegiance, interest and engagement of more people in more places than any other phenomenon. In the three most populous nations on the earth – China, India and the United States where just 20 years ago football existed on the periphery of society – it has now arrived for good.

Nations, peoples and neighbourhoods across the globe imagine and invent themselves through playing and following the game. In The Age of Football, David Goldblatt charts football’s global cultural ascent, its economic transformation and deep politicisation, taking in prison football in Uganda and amputee football in Angola, the role of football fans in the Arab Spring, the footballing presidencies of Bolivia’s Evo Morales and Turkey’s Recep Erdogan, China’s declared intention to both host and win the World Cup by 2050 and the FIFA corruption scandal. Following the intersection of the game with money, power and identity, like no previous sports historian, Goldblatt’s sweeping story is remarkable in its scope, breathtaking in its depth of knowledge and is a brilliantly original perspective of the 21st century. It is the account of how football has come to define every facet of our social, economic and cultural lives and at what cost, shaping who we think we are and who we want to be.

What listeners say about The Age of Football

This was a fantastic listen, the books gives a rundown of the current state of football across the world. It focuses on things like the effects of globalisation on football and how football is used by politicians. Definitely worth a listen.

Very disappointing - out of date and narrowly focused viewpoints

Extremely disappointed with this title. From the first couple of chapters you can see how out of date it is. It’s almost as though this book was released in the early to mid 2010s... not in 2019 when it was actually published. Many of the frames of reference are dated and seem to speak towards the author’s own subjective viewpoints.

The more you get through the book, the more that last point becomes clear. Despite the lengthy nature of the title the author seems to have a narrow degree of focus on certain subjects. Indeed it would seem a lot of this is informed by his own preconceptions both on a cultural and sporting level.

Also thought it was a mistake for the writer to narrate his own title. His delivery is over emphasised and grates over prolonged listening.

I had been hoping this would be a weighty and informative tome. Unfortunately, despite trying to present itself that way, it has not managed to keep up with the evolution of the game in the last few years and is too influenced by the author’s limited worldview.