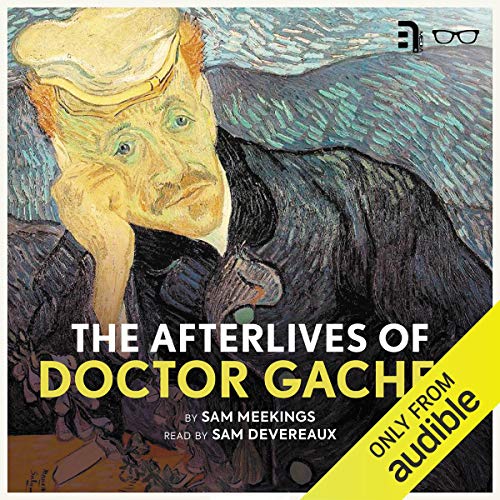 The Afterlives of Doctor Gachet

By: Sam Meekings
Narrated by: Sam Devereaux
Try for £0.00

Who is that mournful man in the painting?

The Afterlives of Doctor Gachet tells the story of Paul Ferdinand Gachet, the subject of one of Vincent van Gogh’s most famous portraits: one that shows what the artist called ‘the heartbroken expression of our times’.

But what caused such heartbreak?

This thrilling historical novel follows Doctor Gachet from asylums to art galleries, from the bloody siege of Paris to life with van Gogh in Auvers and from the bunkers of Nazi Germany to a reclusive billionaire in Tokyo, hoping to uncover the secrets behind that grief-stricken smile.

What listeners say about The Afterlives of Doctor Gachet