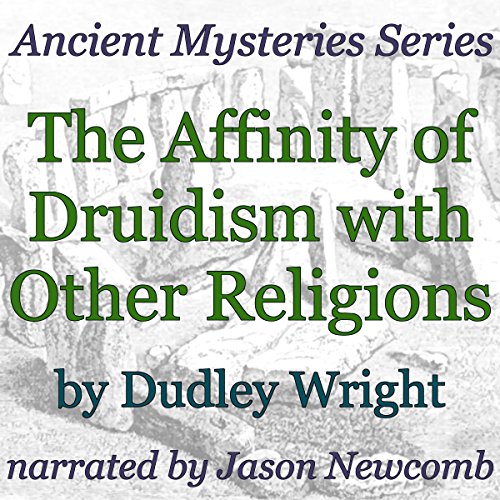 The Affinity of Druidism with Other Religions

The Affinity of Druidism with Other Religions

As the title suggests, Wright examines the similarities between the Druids and a wide variety of their contemporaries, such as the Indian Brahmans, who share a number of religious symbols and practices. There is a fair amount of discussion regarding the symbol of the oak tree in both Druidism and Judaism as well as other faiths. Wright points toward similarities between the Persian Magi and the Druids and even asserts that the similarities to Christianity may have been compelling enough to convert the Druids with relative ease.

What listeners say about The Affinity of Druidism with Other Religions

not even worth the 3 dollars!

this book is only 1/2 long and not very well written. no good info here. Save your money.