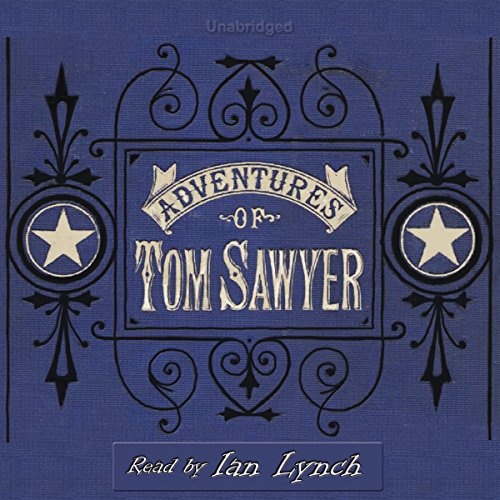 The Adventures of Tom Sawyer

The Adventures of Tom Sawyer, originally published in 1876, was the first novel written on a typewriter. Mark Twain's lively tale of the scrapes and adventures of boyhood is set in St. Petersburg, Missouri, where Tom Sawyer and his friend Huckleberry Finn have the kinds of adventures many boys can imagine: racing bugs during class, impressing girls (especially Beck Thatcher) with fights and stunts in the schoolyard, getting lost in a cave, and playing pirates on the Mississippi River.

What listeners say about The Adventures of Tom Sawyer

Classic Adventures of a Loveable Rogue

I remember an adaptation of this being shown on the telly about 30 years ago and was keen to revisit this classic Twain novel. It follows the adventures of Tom Sawyer and his friends. The early chapters build the characters as young Tom gets up to a series of misdeeds and pranks before the main adventure unfolds. This builds up to a great ending. This definitely left me wanting to hear the sequel 'The adventures of Huckleberry Finn'.

The narrator does a great job delivering the tale with enthusiasm. He does fantastic work fleshing out the characters (with the hilarious exception of a Welsh man who sounds as convincing as Dick Van Dyke attempting cockney in Mary Poppins).

Ian did a wonderful job getting into these interesting characters voices. Mark Twain is simply an American treasure.

I had to read it for school and read 31 chapters this evening! Love the narration tho!!

While the narration is a bit over the top (and grating at times: Aunt Polly), it really sets the tone for the tale.

This book is well written and great fun for all ages. Well worth a listen!

Really miserable to listen to.

The book was ahead of its time but now is outdated.But I would recommend the actual book.