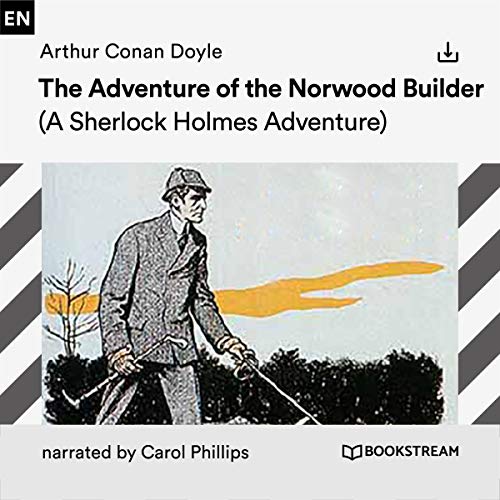 The Adventure of the Norwood Builder

The Adventure of the Norwood Builder

"The Adventure of the Norwood Builder", one of the 56 short Sherlock Holmes stories written by Sir Arthur Conan Doyle, is the second tale from "The Return of Sherlock Holmes". The story was first published in The Strand Magazine in 1903 with original illustrations by Sidney Paget.

Sherlock Holmes and Dr. Watson are visited by "the unhappy John Hector McFarlane", a young lawyer from Blackheath who has been accused of murdering one of his clients, a builder called Jonas Oldacre. McFarlane explains to Holmes that Oldacre had come to his office only a day earlier and asked him to draw up his will in legal language. McFarlane saw, to his surprise, that Oldacre was making him the sole beneficiary and even heir to a considerable bequest, and McFarlane cannot imagine why Oldacre would do so. That business took McFarlane to Oldacre's house in Lower Norwood, where some documents had to be examined for legal purposes. They had been kept in the safe, where the murder allegedly took place. McFarlane left quite late and stayed at a local inn. He claims to have read about the murder in the newspaper the next morning on the train. The paper said quite clearly that the police were looking for him.

What listeners say about The Adventure of the Norwood Builder

A seriously bad performance. Where was the magnificent Stephen Fry.? A good Holmes mystery spoiled.