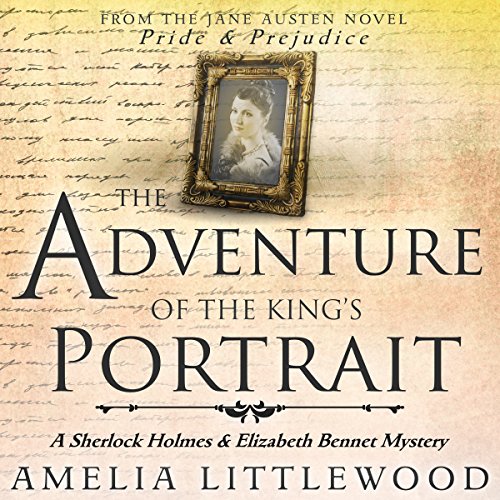 The Adventure of the King's Portrait

The Adventure of the King's Portrait

Has Sherlock Holmes met his intellectual match in the form of Irene Adler? As Holmes struggles to learn more about this mysterious Moriarty, Elizabeth worries that the man might not really exist at all, and that even if he does, he will only drive her friend into obsession and endless frustration. But help could come from unexpected sources, including possibly their latest client, the King of Bohemia.

With a few possible scandals already hidden away, the king needs the assistance of Holmes and Bennet to deal with one last possible scandal before his impending political marriage. He once carried on a dalliance with a famous opera singer known as Irene Adler and now needs the help of the detectives to retrieve an incriminating photo from her. Holmes is happy to take the case, both because it intrigues him and because the king can give him information on Moriarty. But Elizabeth is less sure - this Adler seems cleverer than Holmes is preparing for. Could it be that Holmes is about to meet his intellectual match and, for the first time, find himself on the losing end of the case?

The Holmes and Bennet Mysteries: