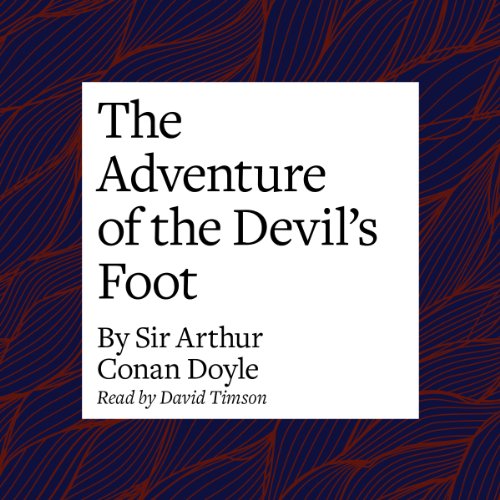 The Adventure of the Devil's Foot

The Adventure of the Devil's Foot

A Cornwall Vicar disturbs Sherlock Holmes’ vacation in town after his sister dies mysteriously, and his brothers who were in the house with her at the same time seemingly go insane. Shortly after, the Vicar dies as well. Some suggest it is the work of the Devil, but Holmes seeks (and finds) other answers in another of Sir Arthur Conan Doyle’s masterful short mysteries featuring the iconic detective. David Timson, BBC radio drama stalwart, as well as a stage, film, and television veteran, brings unique voice and personal nuance to each character in this episode from the Reminiscences of Sherlock Holmes (His Last Bow) collection.

This story is from The Reminiscences of Sherlock Holmes (His Last Bow) collection.

Further adventures by the master of observation and deduction, as faithfully recounted by his companion and greatest admirer, Dr. Watson. "The Adventure of the Bruce-Partington Plans," "The Disappearance of Lady Frances Carfax", and "The Adventure of the Dying Detective" are among the stories. David Timson's award-winning performances continue with this series.