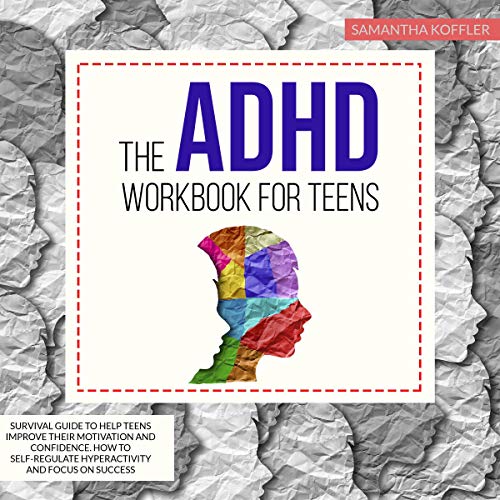 The ADHD Workbook for Teens

By: Samantha Koffler
Narrated by: Marie Horne Wikle
Try for £0.00

Everyone experiences a break in our concentration from time to time. This is perfectly normal and adjustments for these variations are relatively easy for most people.

Many with ADHD are able to shift between these varying states of attentiveness quickly and easily. It doesn’t take a lot of structure or planning; their brains just shift gears in much the same way an automatic car’s transmission does. The adjustment is barely noticeable. They can shift from a hyper-focused state of mind and back to normal, then shift down to a near vegetative state and back with no problem at all.

However, for a very small percentage of people, this ability to shift comes far too easily. They find it difficult to sit and tune into an object or zero in on a task for an extended period of time. At the other end of the spectrum, they could also slip into that almost catatonic state and end up straddled with an almost paralyzing inability to function or move even the slightest. Once they fall into either of these mental states it is a fight to snap back to the normalcy that the average person can do so easily. When they do, they may find it extremely difficult to stay focused on anything for any length of time. Sometimes, their mind will wander after only a few seconds on a task and other times it could be so in tune that it is difficult to pull them off point.

It is for these people that this book is written.

Those people who can’t control their mental wanderings and have difficulty pulling themselves back from the brink of oblivion from one moment to the next.

As a child, they were diagnosed as having a mental disorder called ADD or ADHD. Many seem to grow out of it when they become adults, but new theories seem to show that rather than “grow out of it” they instead learn how to use it. As a child, they were probably labeled as unmotivated by teachers and lazy by well-meaning parents. This inability to focus was often coupled with uncontrollable bursts of energy that propelled them to move at some of the most inopportune times. As children, there was the frustration of teachers and administrators alike. They found it difficult to do the boring and mundane tasks often asked by many students. Once they mastered a skill, their sense of accomplishment was over and they were all ready to learn something else, something new and different.

What listeners say about The ADHD Workbook for Teens

It gives us a practical and logical explanation

It helped her to better understand herself and support her classmates who also need assistance understanding themselves and how to effectively use the strategies.

The best audiobook I have see about AHDH.

The best audiobook I have to see about AHDH. It is both very listenable and packed with great information.

Every parent should be listening this audiobook

Every parent should be listening to this audiobook and see how our modern western culture is ruining our children's bodies. It's time to help stem the flow and equip them for a healthier life in a more able body.

I really inspire to listen this audible

This audio book is full of practical advice on dialectical behavioral therapy. It is speaking in a way that makes the material easy to listen and to apply.

This audio-book is changing my life - I have had emotional issues due to different aspects of trauma and this definitely is helping me manage them better and assist with a different.

This is a great inspirational audio book

There are still some things that I have difficulty putting into practice, but that's on me, the audio book does a wonderful job of explaining things.

I have been listening a lot on Forex and trying to build my knowledge. For a long time, I was looking for a book with a good foundation. I am glad I found this one. The author really cares about the listeners and it shows in the book. The explanation is in simple terms which makes it very easy to listen and that is a big plus.