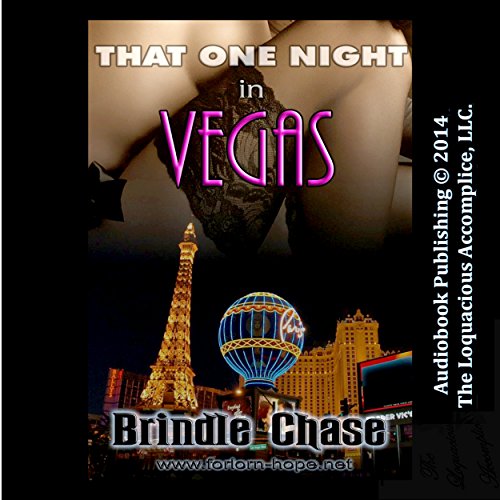 That One Night in Vegas

By: Brindle Chase
Narrated by: Jennifer Saucedo
Try for £0.00

A couple on vacation in Vegas learn firsthand about the catchphrase, what happens in Vegas, stays in Vegas!!

What listeners say about That One Night in Vegas

Writing & Narration Were A Jack Pot For Eroticism!

Would you consider the audio edition of That One Night in Vegas to be better than the print version?

The sexual tension was captured perfectly in the audio edition.

When the couple entered a strip club in Vegas, the wife's observations and thoughts about the strippers were interesting, enlightening, and exciting.

Which character – as performed by Jennifer Saucedo – was your favorite?

The empathetic wife, being open and willing to play around with her hubby.

The wife wondered if the strippers ever became aroused while dancing for people. Even though she reasoned that they probably didn't because they danced for many people every day, she still wondered if (hoped that) she and her husband would be the exception.

She wanted the stripper to enjoy performing as much as she enjoyed watching. That made for some hot build up to the sex scene.

Will definitely check out other stories written by Brindle Chase and narrated by Jennifer Saucedo.