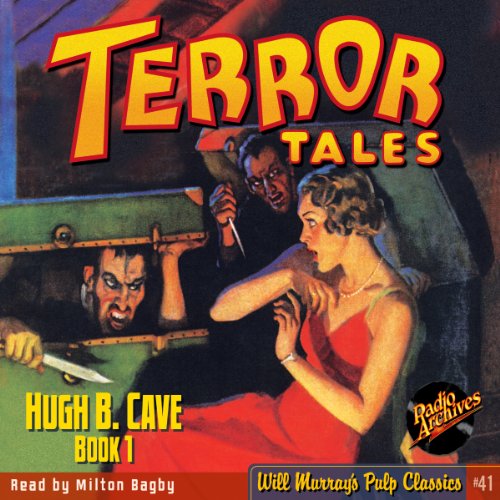 By: Hugh B. Cave,RadioArchives.com
Narrated by: Milton Bagby

In 1934, a new type of magazine was born. Known by various names - the shudder pulps, mystery-terror magazines, horror-terror magazines - weird menace is the sub-genre term that has survived today. Terror Tales was one of the most popular. It came from Popular Publications, whose publisher Harry Steeger was inspired by the Grand Guignol theater of Paris. This breed of pulp story survived less than ten years, but in that time, they became infamous, even to this day. This audiobook contains a collection of stories from the pages of Terror Tales, all written by Hugh B. Cave, reissued for today's listeners.