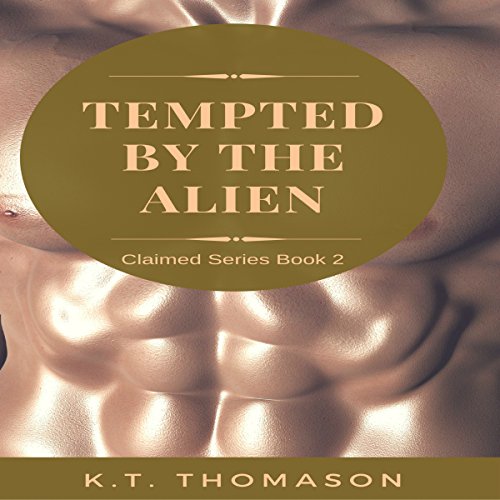 Tempted by the Alien

On a distant planet, the destruction of an eons-old civilization is saved by an influx of human breeding stock. Havoc was selected for a mission he never chose, as he is bought and paid for by an alien prince who has fallen in love with him. While being assimilated into society, he discovers that he is one of the fortunate humans. Will Havoc be able to choose honor over love in his quest for freedom?

Author note: This is a shorter-story gay science fiction romance and is the second in the series. Be warned, if you don't like hot alien sex, a world that stretches your imagination, or the realm of Mpreg breeding, then this is not the audiobook for you!

This audiobook will catch you up if you haven't listened to the first, but to learn more about this alien world of the first prince and his love interest, check out book 1: Claimed by the Alien.

What listeners say about Tempted by the Alien

I will say this. I tried desperately to get past the reader's vocal flaws but his style of reading was both wooden and truthfully painfully nasal. The story was engaging enough but I literally could not get past his pretentious overbearing vocal demeanor. It is a pity since I was genuinely interested in this series. I'm glad I checked this title out with Audible Escapes. I am glad to have been saved doing a return.