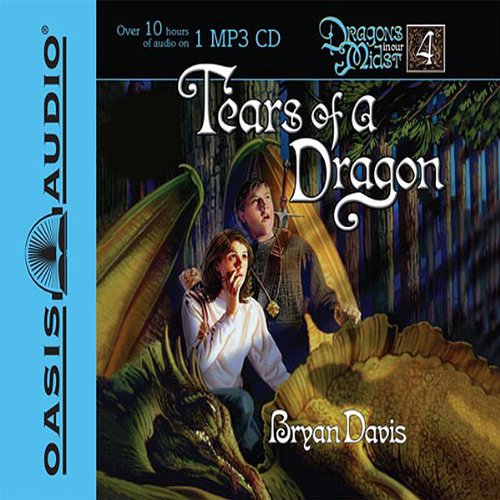 Tears of a Dragon

Victory in the Circles of Seven came at a great cost to Billy Bannister and Bonnie Silver. A vicious evil was unleashed on the earth that only the dragons can defeat.

With Billy's father, the great Clefspeare missing, Billy and Bonnie must lead the dragons into war against Watchers, demonic beings as old as the earth itself. Masters at the art of deception, the Watchers gather most of humanity to their side.

Remnants of wise humans, the friends of the dragons, unite in the struggle against the Watchers. With heart-stopping action, the final battle between dragons and their enemies comes to a climax. But in order to win the war, at least one of the dragons must die.

What listeners say about Tears of a Dragon

I wish it wasn't over!

Perfect marriage between God's Story and fantasy. ❤️
I adore the multi voices. This writer is so talented. As are the voice artists.

Not Worth The Time

Do away with Full Cast Audio.

The author of this book is sexist believing that women are only good for supporting and following the men in their lives and must work hard not to be a distraction to men. Puke.

This ones a keeper!!!

i absolutely loved the entire series! the voice actors were phennomenal aswell!!! All 4 were amazing!!!