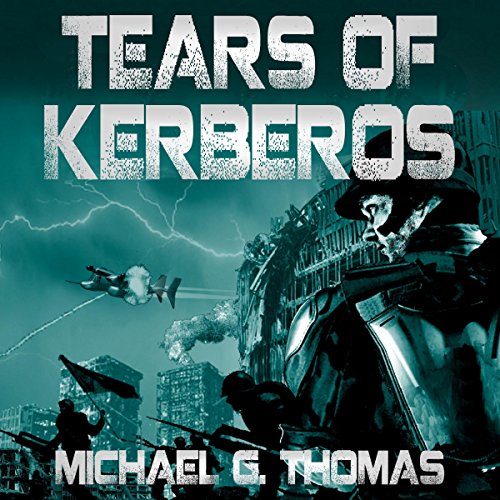 In this latest book of the Star Crusades Uprising series, the religious insurgency continues to spread through the weakened colonies of the Confederacy. Spartan, now a sergeant in the Marine Corps and his armored platoon is rushed to the defense of New Carlos on the planet of Prime. The massive city is besieged by the terrifying Biomech shock troopers, its fall is imminent. As the battles rage across the continent, enemy agents continue to foment revolt throughout the remaining colonies in their struggle to bring the empire crashing down.

An intelligence team on Kerberos discovers critical information on the enemy leadership and Admiral Jarvis sends a civilian ship with a crew of trusted commandos on a mission to hunt down the enemy and halt the revolt. The fate of the Centauri Confederacy lies in the hands of just a few brave men and women.

What listeners say about Tears of Kerberos