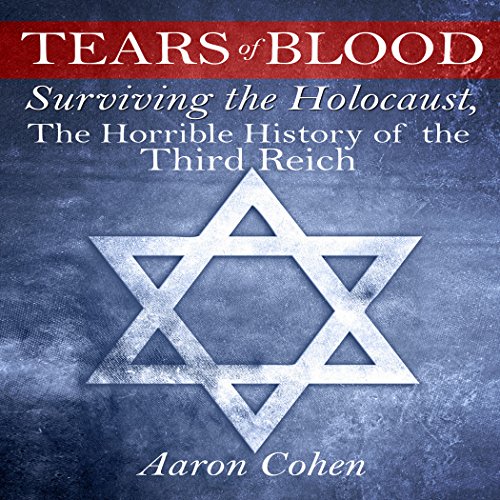 Surviving the Holocaust, the Horrible History of the Third Reich
By: Aaron Cohen
Narrated by: Glenn Langohr
Length: 1 hr and 21 mins
Categories: History, Americas
4.5 out of 5 stars 4.5 (2 ratings)

Learn the facts about the Holocaust, the torture, the hell on earth

This is the complete history of Nazi evil. From Hitler's imprisonment where he wrote Mein Kampf, to the rise of the Third Reich, to the horrors of the concentration camps where millions of Jews were killed faster than could be buried, to the trials at Nuremberg.

"What happened is worse than you have any idea of. And it was the indifference of mankind that let it take place."

What listeners say about Tears of Blood