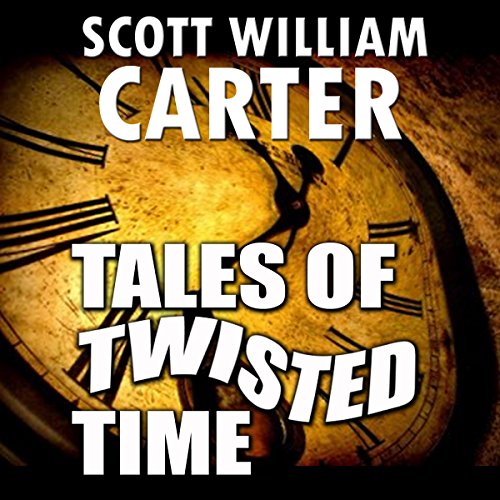 By: Scott William Carter
Narrated by: Brian Smith
Try for £0.00

In these four riveting tales, Carter takes a classic of science fiction - the time-travel story - into surprising new territory. A man finds a room where time doesn't pass in the spellbinding "The Time of His Life". When a scientist becomes the first person to time travel, "The Time Traveler's Wife" refuses to be left behind in this touching tale. A salesman on the road has a chance encounter with a girl who gives him a glimpse of his "Happy Time", a better life that might have been. And in "Static in a Still House", a garage sale hunter finds a baby monitor tuned into the future and makes a harrowing discovery.

Scott William Carter's first young adult novel, The Last Great Getaway of the Water Balloon Boys, was hailed by Publishers Weekly as a "touching and impressive debut", and called "compelling" and "a good choice for reluctant readers" by Library Journal. His short stories have appeared in dozens of popular magazines and anthologies, including Analog, Ellery Queen, Realms of Fantasy, and Weird Tales. He lives in Oregon with his wife, two children, and thousands of imaginary friends. Visit him online at www.scottwilliamcarter.com.

What listeners say about Tales of Twisted Time