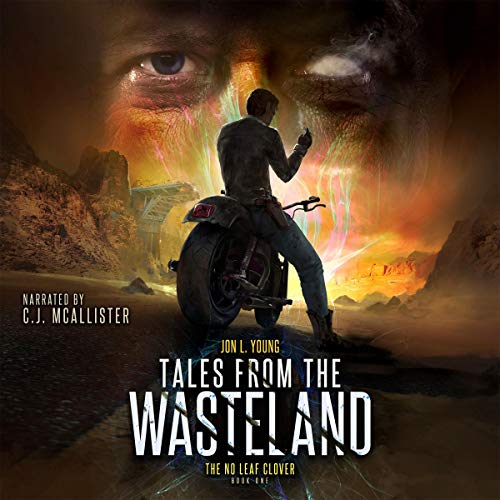 Tales from the Wasteland

Tales from the Wasteland

Heaven has fallen, leaving behind a scarred visage of the world. The lands are now crawling with all manner of vile creatures: demons, werewolves, vampires, and other unimaginable horrors; all competing to control their own little niche in this new world. Humanity’s only defense against such evil are the hunters; men and women who stand face-to-face against all things that go bump in the night.

Rod Calaway, a hunter of the southern territories, nicknamed the No Leaf Clover, tirelessly wanders the Wasteland eradicating these foul creatures in hopes of one day restoring the pendulum of life back to balance. On his return home, Rod is given a new contract. One that will set in motion a series of events that will alter the world once again. The task will send Rod on a journey north to the Dark City, Orgrimdeare, where he’ll participate in a tournament to the death. With the help of a malevolent force known as the Dark One, Rod will unleash a corrupting power to defeat the evil that inhabits the Wasteland but exacting a terrible cost. All is not completely lost, for Rod’s trail leads him back to old friends, who together must face a demon that drove the rift between them years ago.

Tales from the Wasteland, the first book in the No Leaf Clover series, is an action-pack, dystopian supernatural thriller, that will have you on the edge of your seat. The characters are well-rounded, intriguing, capable, intelligent, and tough. The storyline is well-written, intense and exciting; it captured and held my attention throughout. Excellent narration by C.J. McAllister. He did a great job with the characters' voice, his inflexions and timing were on the spot. I was given a free copy of this audiobook at my request and have voluntarily left this review.