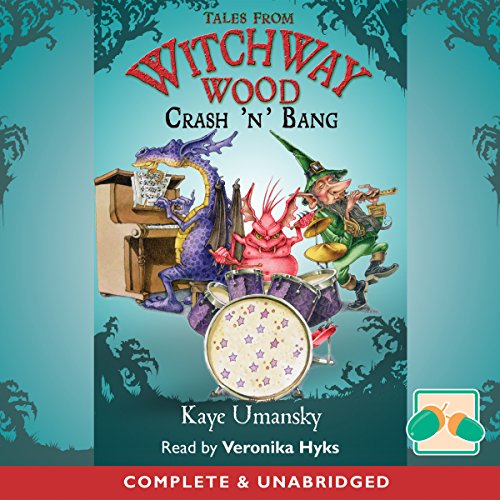 Filth is Witch Sludgegooey’s Fiend; Arthur the Dragon is precise, meticulous, and lives with his mum; and O’Brian is a Leprechaun who is often mistaken for a Pixie. These three very different characters have two things in common - the band they play in (The Witchway Rhythm Boys) and the music they play - Crash ‘n’ Bang - which nobody likes very much. But then The Thing in the Moonmad T-shirt becomes their manager and sets their sights higher - on the forthcoming music competition The Battle of the Bands, where they face stiff opposition from some terrifying Skeletons, Trolls, and Gnomes.

"Brought roars of both delight and disgust . . . an ebulliently uninhibited farce" (Guardian)
"As appealing as Horrid Henry crossed with Winnie the Witch" (The Times)
"Funny . . . a riot of silly voices, good bad puns, daft situations and comic caricatures" (Children's Book of the Week, The Sunday Times)