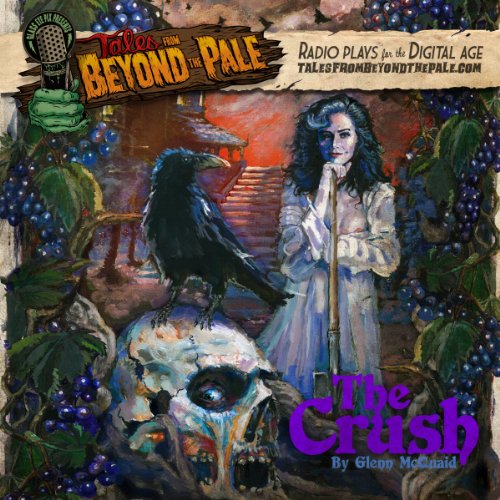 Tales From Beyond The Pale, Season 2 LIVE! The Crush

Tales Season Two delves even further beyond the pale with eight explosive tales to tickle your fancy and curdle your blood. The series is produced by filmmakers Larry Fessenden & Glenn McQuaid; Associate producers Lisa Wisely, Jenn Wexler. In 'The Crush' by Glenn McQuaid, Loretta will stop at nothing to own her very own vineyard, but when the wine finally flows, it comes at a price. Featuring the voice talents of Sean Young, Matthew Stephen Huffman, John Speredakos, James Le Gros, and Larry Fessenden.

"Fans of shows from A Prairie Home Companion to This American Life that take their stylistic cues from radio’s glory days should enjoy these macabre R-rated tales." ( The New York Times)
"The team at Glass Eye Pix and the filmmakers they’ve assembled are very much crafting great little spookfests that remind us why we love horror storytelling in general." ( Fangoria)
"Some episodes recreate pop-culture archetypes… Other episodes play with expectations of characters that seem familiar… At least half the enjoyment, though, is the colorful sound design" ( The Wall Street Journal)

What listeners say about Tales From Beyond The Pale, Season 2 LIVE! The Crush

the voice acting is superb and the guitar back ground really adds to the atmosphere another excellent story from beyond the pale.