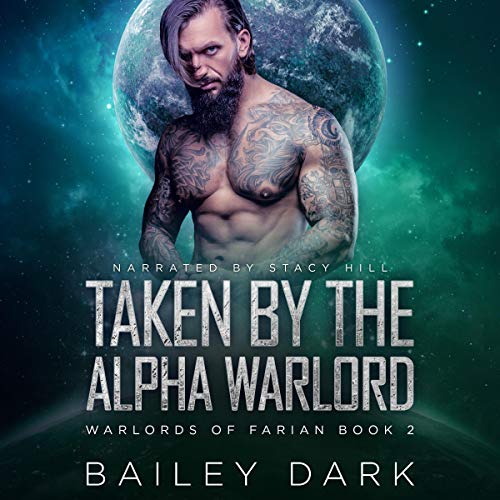 Taken by the Alpha Warlord

“If I command you to take off your clothes, will you? I am your Alpha Warlord.”

Six months ago, I had been taken from Earth, and my life had nearly been torn from my chest, quite literally.

Now, I was empowered and ready to roll: A warrior in Alpha Jase's army, and his Empire was under attack. My best friend, the only other Earthling on this telekinetic planet, was the Queen of the Beast King, and she swore me to safety, but I was eager for this battle.

I had to find a purpose: I had to find a reason to keep living if I was going to forever be far from home...maybe this war would reveal it. Maybe Alpha Jase would reveal it, with his brooding nature and cunning grin, I was drawn to him and being trapped in salt mines with him, injured and delirious, might just shift my thinking to not only a purpose for my life, but a purpose for who I might want to have in this life with me....

Taken by the Alpha Warlord is the second book in the achingly-hot Sci-Fi Romance series: Warlords of Farian. Each book follows a different couple and their steaming hot connection. Can be listened to as stand-alones. No cheating and HEA!

What listeners say about Taken by the Alpha Warlord

I really enjoyed this book, Vania & Jace's story was hot and steamy with plenty of action and intrigue. Vania's learned a lot since leaving Earth, but finding out she's Jace's destined is the biggest shock. I'm really enjoying this series, and can't wait for the next book, the narration by Stacy Hill was wonderfully expressive. I received this book in exchange for my honest review.