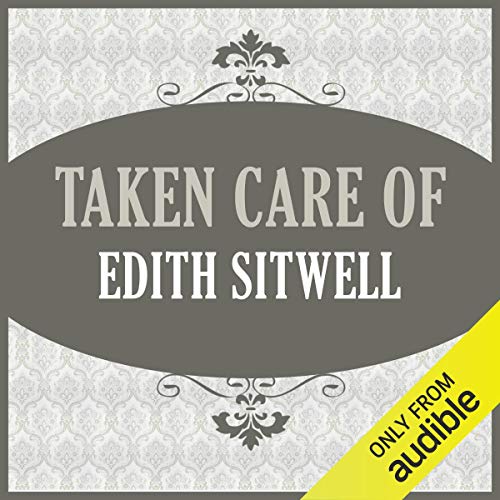 Dame Edith Sitwell died while this autobiography was in the course of printing. One of the last acts of her life was to approve the 'specimen page' from the printer. She did not live to correct her proofs and what, if any, changes she might have made is a matter for conjecture. This audiobook, as she wrote it, must now stand as the last prose work to come from a great writer of the last century and a wise, witty and compassionate woman. 'I trust', she wrote, 'that I have hurt nobody.' Dame Edith was much more than one of the leading English poets of her lifetime. Long, long before the age of television introduced the synthetic, professional 'personality', she was a personality without the inverted commas, and thus became a familiar figure to a public far wider than the readership of her poetry, criticism and essays. With her remarkable brothers, she stood for certain important and lasting I qualities in the artistic life of the nation-for the war against philistinism, for a progressive outlook that in its day seemed, and was, rebellious, and yet for a spirit of continuity and tradition in art that has become apparent to the layman only in the perspective of time. This sense of tradition and respect for the past was by no means incompatible with a degree of eccentricity-which gives Taken Care Of its remarkable and unique flavour.

Edith Sitwell (1887-1964) was born into an aristocratic family and, along with her brothers, Osbert and Sacheverell, had a significant impact on the artistic life of the 20s. She encountered the work of the French symbolists, Rimbaud in particular, early in her writing life and became a champion of the modernist movement, editing six editions of the controversial magazine Wheels. She remained a crusading force against philistinism and conservatism throughout her life and her legacy lies as much in her unstinting support of other artists as it does in her own poetry.

The author was a successful poet and this autobiography clearly reflects this aspect of her personality. The narrative is variable, in the sense that it sometimes provided candid reflections of people and events, whilst at other times it wandered off in magical, poetic, prose.

Ms Sitwell gives a well written account of her life and experiences and she was comfortable in talking about people she liked and those she did not, all of which helped to make this an entertaining book.

Actually, this title was a little out of my comfort zone, as I generally like slightly less excursive biographies. However, I can appreciate the quality of Sitwell’s writing and I am pleased that I listened to it. In fact, I plan to listen to it again and I expect that I will enjoy it all the more the second time around.