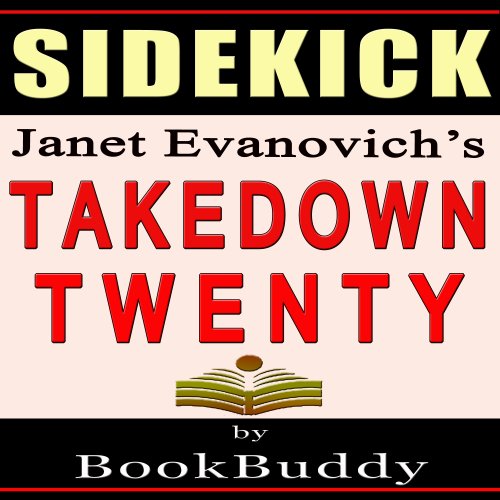 Janet Evanovich continues the Stephanie Plum series with the 20th installment, Takedown Twenty. Fans of the series know protagonist Stephanie Plum as a bond enforcement officer by day and bounty hunter on the side. In the latest addition, Plum tracks down neighborhood gangsters, a giraffe on the loose, and a notorious crime boss who may be her future father-in-law. With strong female companions at her side, Plum finds trouble at every turn in Takedown Twenty. Whether you are a long-time reader of the series or meeting these characters for the first time, this analysis is an ideal reading aid for the adventures within Evanovich's novel.

The New York Times best-selling author provides more than just a suspenseful mystery; she entertains her readers with romantic drama and a touch of humor in Takedown Twenty. While facing dangers on the streets of present-day Trenton, Plum struggles to create a happy personal life. The female protagonist is adept at her job but cannot seem to choose between her two lovers. Janet Evanovich creates a fast-paced, entertaining story within a realistic setting featuring modern elements. Takedown Twenty is fun to read as an entertainment source, and this analysis takes you deeper into the characters and underlying themes.

Script from vol. 20 not the real deal. Disapointed

Not a story. Some spoilers. Huge disapointment. Wanted to read smth. Do not recomend this

My mistake, I thought maybe this was an additional little book written by Janet Evanovich to go with her book Takedown Twenty! Unless you are doing a study for a college class and need something like this, this is not worth 10 cents. I do not care to listen to someone's analysis of a book that I read for pure enjoyment. I enjoy Janet's books and the humor and characters in them. This has nothing to do with it! DO NOT WASTE YOUR MONEY!

Waste Of A Credit

I didn't realize this was not the whole book, but rather a overview of what happens in each chapter. I still have to buy the book to add to my collection.

I was looking at the next title and did not realize this is a book report on the next story and not the story itself. It was a waste of a credit that I used.

Make sure if you are getting the next book in the series you are not ordering this audio book as it is a waste of your money or credit.