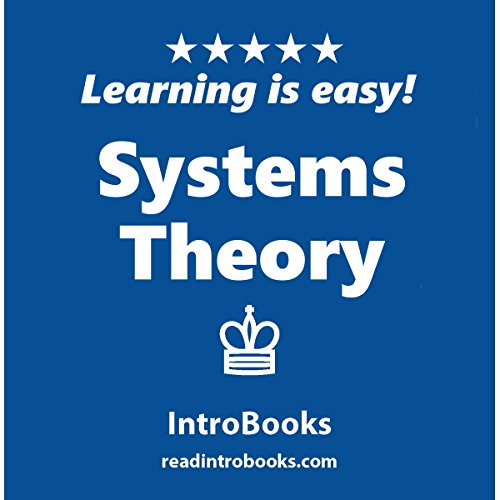 Systems theory is often referred as system science. It is an interdisciplinary study of systems in common terms. The main goal of such studies is to discover new patterns and elucidate principles. Such principles are meant to be derived from and applied to almost any kind of system in all fields of research. These principles can be applied on such fields up to nesting levels. System theory or system science is often considered specialization of system thinking. It uses the emphasis on generality. Such emphasis is useful across a wide system range. When compared to particular models of individual fields, the common emphasis can be applied over wider range of systems.

The central topic of this theory is systems. The systems hold a self-correcting architecture. Feedback is used in order to perform such self-correction over the systems and by the systems themselves (quite confusing, isn't it?). Such self-regulating systems can be found in nature. Here, the term nature also includes the human body's physiological systems, global ecosystems, local ecosystems, climate and human learning processes as well.

What listeners say about Systems Theory

The narrators voice makes it impossible to comprehend what she saying each word is understandable but her prosody prevents you from hearing the meaning behind her words.
I encourage anyone that feels they are enjoying being alive too much to listen to this.
Perhaps someone who needs to be punished but doesn’t want to confess a crime should listen to this book.

I feel more stupid after spending 20 minutes trying to get any meaning out of this. Run run away and save yourself.

Give it a miss.

No you would be better served spending your time on Wikkipedia. The topic is not done any sort of justice. I think this rendition is a waste of time. Great concept never the less. But not done any justice.