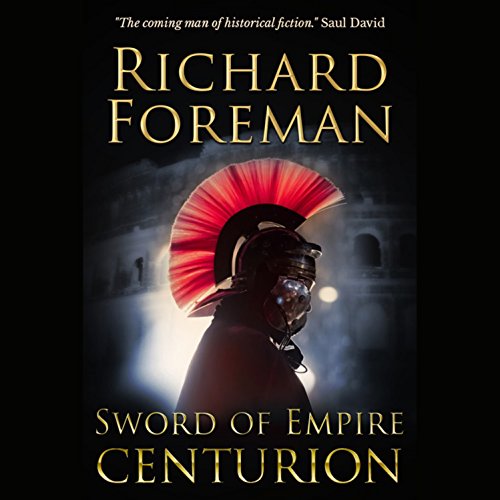 By: Richard Foreman
Narrated by: Sam Devereaux
Try for £0.00

Rome 174 AD. As the war continues in the north, Marcus Aurelius orders Gaius Maximus and Rufus Atticus to return to Rome. Enemies lurk in the shadows in the capital, spreading propaganda and sowing dissent. The praetorian guards must lure their enemies out - and defeat them. Yet Maximus is returning home for something, or rather someone, else: Aurelia. The soldier will be caught between his duty and his happiness. Rufus Atticus will also be forced to make a choice, between the duty he owes to his Emperor and the duty he owes to his family. Triumph and tragedy may prove to be two sides of the same coin. The centurions will be caught-up in a web of intrigue - as well as a battle on the streets of Rome - that will decide the fate of Marcus Aurelius and the Empire.

What listeners say about Sword of Empire: Centurion