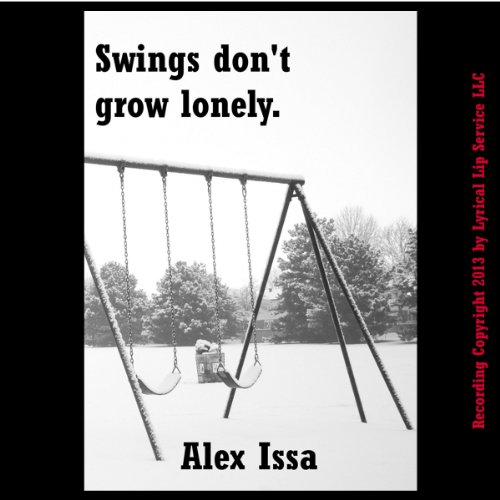 Richard, an old man awaiting the end, and Anne, a young girl with burdens no girl should bear, sit on the swings and circle around the only topic of import. In this moving and bleak story of both untimely and timely ends, Alex Issa draws emotion effortlessly and powerfully with the very picture of bittersweet truth.

"I saw my dad yesterday. He says hi and...Richard are you listening?" Her eyebrow rose in annoyance and she scratched at her nose, secretly and not so secretly removing the offending strand of hair from her face, till he focused in on her and away from the crow. "He said thank you, too."

Richard felt his legs become twigs and then straw until they spindled out of his control and he dropped his shoulders in defeat. He let the swing drag his feet along the dirt and let the tufts of dust pool up along the straps of his sandals and kiss the cracks of his toes.