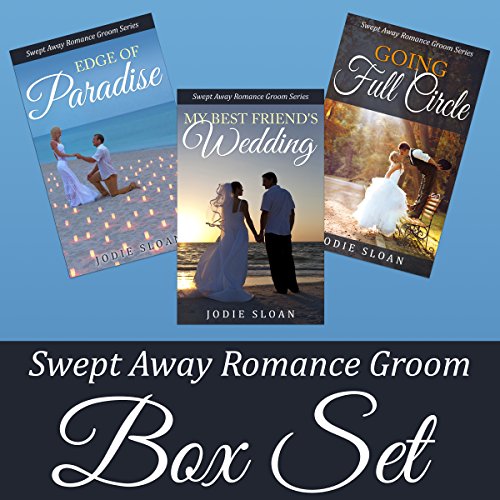 Sue, Amanda's Taylor's best friend, is getting married, and Amanda is to be her best maid. The only problem is that the best man is a guy she really despises - the rich and spoiled Edmond Fairchild.

She works at a law firm for Christian Winters, Sue's fiancée, who happens to be Edmond's family lawyer. She's met him a number of times and has grown to hate him. He is aggressive and always in the news with different women. He is a known player, and Amanda hates players. Amanda, on the other hand, is quiet and keeps to herself, convincing herself that men are no good.

During the wedding reception, she gets drunk and loses control, asking Edmond to fly her to Las Vegas and marry her. Edmond has a crush on the soft-spoken woman but is not sure whether to do as she bids, since she is drunk, hates his guts, and will most likely think he is the one who duped her into marrying her.

Read on in this three-in-one Swept Away Romance Groom Box Set!