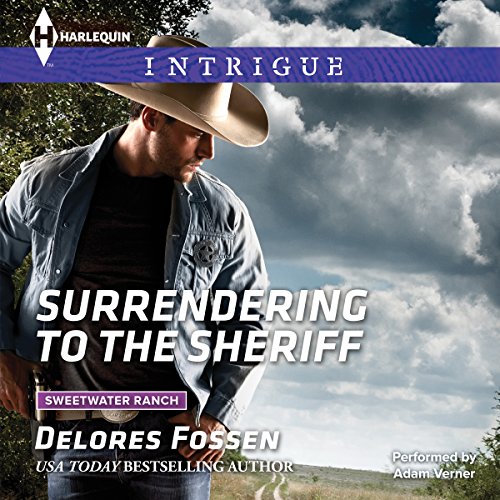 Surrendering to the Sheriff

By: Delores Fossen
Narrated by: Adam Verner
Try for £0.00

Discovering Kendall O'Neal being held at gunpoint at his ranch isn't the homecoming sheriff Aiden Braddock expects. And now Kendall's captors are demanding he destroy evidence in an upcoming trial in exchange for the Texas attorney's life....

...and the life of their unborn baby.

Three months ago Aiden and Kendall gave in to their long-simmering attraction. Now, with a child on the way, the stakes have shot sky high. But even after he pulls off a daring rescue, Kendall isn't safe. Before long they find temporary haven in each other's arms - which could be even more dangerous than facing down a killer.

What listeners say about Surrendering to the Sheriff