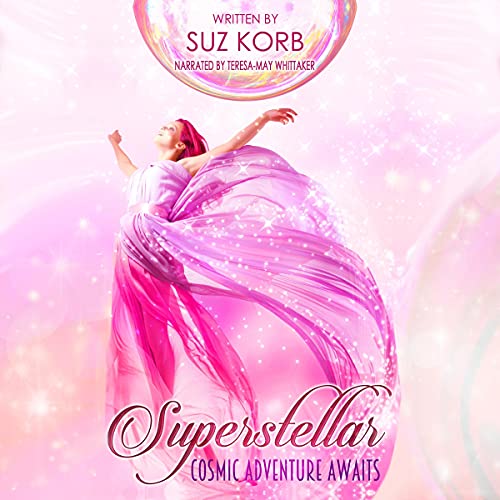 Stella Andromeda Sunne is a girl with pink hair. And why not? She loves her job at the space exploration lab. She adores watching space adventure movies and reading science fiction novels. So it’s awesome that one day Stella’s space adventure dreams come true! She’s beamed aboard a real life space ship!

Okay so the spaceship is shaped like a chicken on its exterior, but that doesn’t matter to Stella, what’s important is that she gets to fly around in outer space!

She visits other worldly planets. She meets kings and royalty of said intergalactic planets. In particular she meets Xar, king of the ice people. Seriously, it’s well cold on Xar’s planet. And bonus, Xar has tentacles for hair. Which isn’t as shocking as it sounds when Stella kisses that alien king. For some reason she wants to discover what else he can do with those tentacles of his.

Eventually, Stella totally gets to use laser guns in the fight against an evil alien invasion that heads straight towards Earth. Will she save the planet? She’s got the help of new found friends from worlds all over the known galaxy, and beyond wormholes galore.

What listeners say about Superstellar