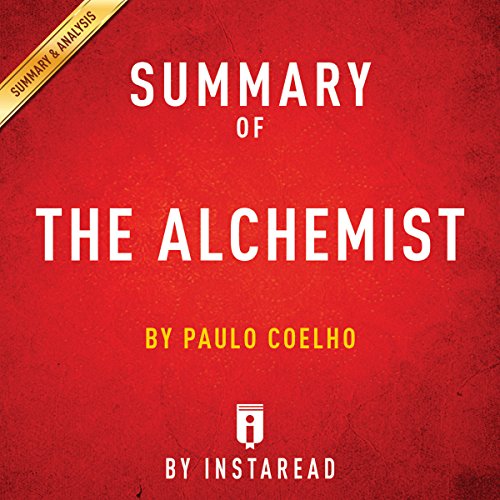 Summary of The Alchemist: by Paulo Coelho | Includes Analysis

By: Instaread
Narrated by: Dwight Equitz

The Alchemist is a Brazilian novel about a shepherd named Santiago, an 18-year-old youth who abandons his life in Spain to embark upon an epic treasure hunt across Africa. Making several unexpected stops along the way, he uncovers profound truths about himself, the world, and the kingdom of God, which are fundamentally connected. Ultimately, he finds the treasure, but along the way, he also finds love and personal fulfillment.

At 16, Santiago, who had been studying to become a priest, had defied his parents' wishes and set off to travel across Andalusia with a herd of sheep. The story picks up two years later. The boy has been leading his sheep all this time. Lovesick, he's thinking about settling down with the daughter of a merchant he met the year before. As he contemplates the future, he feels anxious, hopeful, and full of questions....

Please Note: This is summary and analysis of the book and not the original book.

Inside this Instaread summary of The Alchemist:

What listeners say about Summary of The Alchemist: by Paulo Coelho | Includes Analysis

This was a great summary of an amazing book. I would highly recommend to listen to this before or even after reading the Alchemist.