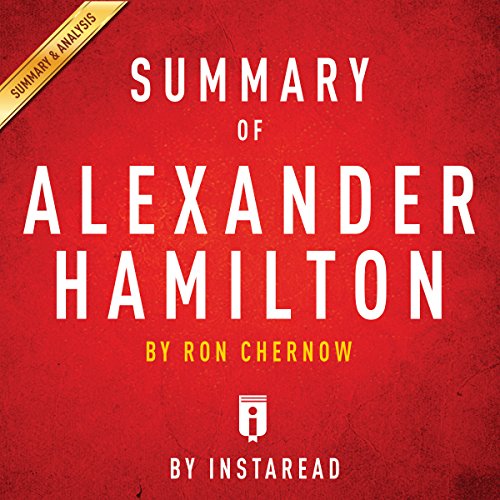 Alexander Hamilton (2004) is a sprawling biography of one of the most important figures in American history. It is based on copious original research, especially into Hamilton's early years. As a political theorist, a polemicist, and the first Treasury secretary, Hamilton dedicated his life, his intellect, and a seemingly limitless stream of words to the cause of unifying and strengthening the United States. He did perhaps more than any other one person to ensure the strength of the American union, even as his pride and hotheadedness kept him from the presidency and led to his early death.

Hamilton claimed to have been born on the island of Nevis in the British West Indies, probably in 1755. Orphaned and illegitimate, Hamilton had perhaps the least advantageous childhood of all the founders. He apprenticed as a clerk with merchant trader Thomas Stevens, a man who may have been his biological father….

PLEASE NOTE: This is a summary and analysis of the book and not the original book.

Inside this Instaread summary of Alexander Hamilton:

What listeners say about Summary of Alexander Hamilton: by Ron Chernow | Includes Analysis