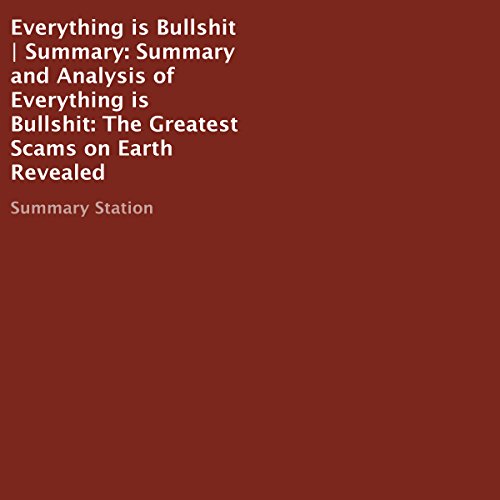 Summary and Analysis of Everything Is Bullshit: The Greatest Scams on Earth Revealed

Everything is Bulls--t is a well-researched and written book that peels back the layers of lies and distortions about some of our most cherished and respected social and economic beliefs. The authors, three members of Priceonomics, have divided the book into four sections. Each of these sections deals with different aspects of society. The sections include status symbols, power structures, the business of manipulation, and human decency. Each section is further divided into chapters that investigate an individual story which has a greater effect on society than is initially imagined.

This book starts with a discussion of the "big lie." The lies that are so big and pervasive that no one questions them. Whether it is Hitler's propaganda machine, the anti-communist movement or many other examples, governments and big business use the big lie to make their customers accept the ridiculous and false as truth.

What listeners say about Summary and Analysis of Everything Is Bullshit: The Greatest Scams on Earth Revealed