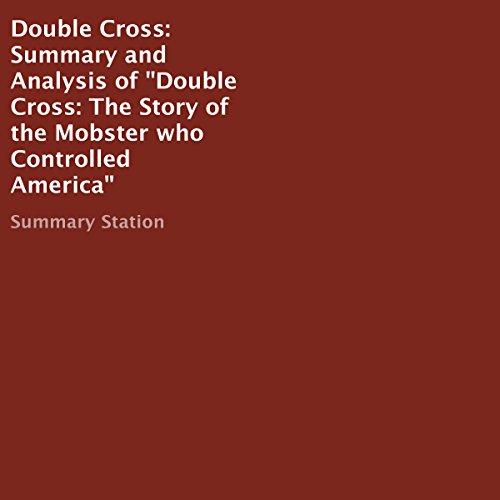 Summary and Analysis of Double Cross: The Story of the Mobster Who Controlled America

Summary and Analysis of Double Cross: The Story of the Mobster Who Controlled America

This beautifully written book isn't merely a tale of a mobster's life; it reveals the pain of a notorious person's family. Double Cross is a tale of the love and compassion a younger brother has for his older, successful, but ruthless sibling. At times I was reminded of the opening of A Tale of Two Cities: "It was the best of times, it was the worst of times." After all, Mooney Giancano's rule of the Outfit, the Chicago mob, was a financial dream come true for Mooney and those he liked, whether they were mistresses or brothers. Socially, however, Mooney's rule eventually devastated various members of the Giancano family. Another reason we see such a dichotomy in the book's account of the life of Mooney Giancano is that the Great Depression took place during part of Mooney's life. Men were desperate to find any kind of work, especially work that paid well. Yet, not everyone could perform the kind of services needed to stay employed or to rise within the ranks of the Outfit. The juxtaposition of the need of men to find work with the feeling of failure they had at realizing their morals and compassion prevented them from engaging in mob work was heartbreaking. That is, they might be killed by the mob due to their kindness. Prior to reading this book, my initial concern was that it might be just a recasting of historical data in an attempt to clear the Giancana name. After all, why would Sam Giancana confide in a younger brother regarding his illegal activities? After reading the book, I feel that the conversations Chuck claims to have had with Mooney are plausible and perhaps accurate.