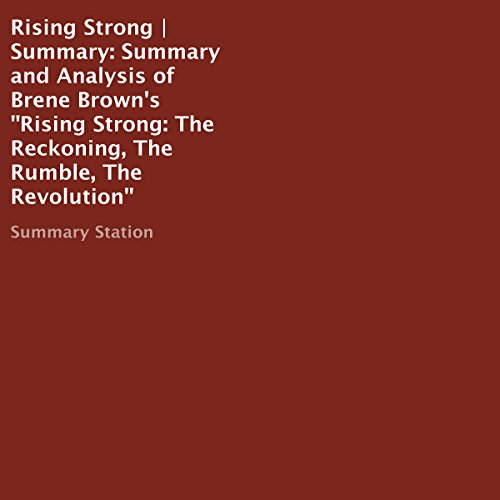 Summary and Analysis of Brene Brown's Rising Strong: The Reckoning, the Rumble, the Revolution

Summary and Analysis of Brene Brown's Rising Strong: The Reckoning, the Rumble, the Revolution

After an interview about Brene Brown's two previous books, a reporter told her he thought he might start working on his own problems about being exposed, genuine, and open with other people. He thought it would take a long time and be hard to do and asked what would make it worth the effort. She told him that exposing yourself, being willing to let people see the real you with no idea what will happen, is the only way that leads to more happiness, love, and acceptance. Then he asked about the drawbacks. She said, it's hard, it will hurt, and kick you in the ass. So despite that, is it still worth it? Absolutely! She told him that the first part was long and hard and it really was work, but after coming out the other side it was totally worth it. Here is a preview of what you'll learn: