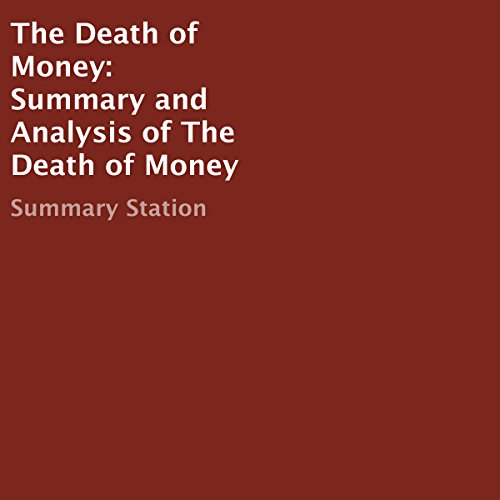 Summary: The Death of Money

By: Summary Station
Narrated by: Mutt Rogers
Try for £0.00

Learn about the possible future death of money and what you can do to prepare in a fraction of the time it takes to listen to the actual book!

In a windowless meeting room inside the CIA, John Mulheren (a well-known Wall Street stock trader) called the days leading up to 9/11 "the most blatant case of insider trading I've ever seen". There is clear evidence that a circle of people had known about the attacks days in advance and had profited from the chaos of 9/11. In the weeks after the attacks, Osama bin Laden blatantly bragged about the losses Wall Street had sustained as a result of the attacks, proving that there was an economic plan in regard to the attacks that affected the stock market.

With this in mind, the CIA began Project Prophesy. Formally launched by the CIA in April 2002, Project Prophesy investigated the possibility that terrorists could profit in the options market by trading stocks before their attacks and whether or not the intelligence community could prevent future attacks by learning to recognize these patterns. Prophesy concluded that while terrorists themselves were not directly involved in insider trading, their close social circles used knowledge of future attacks to profit in the stock exchange. These trades most often occurred between 72 hours before an attack and 30 minutes after in an effort to avoid detection.

In 2004 Project Prophesy's original mission was winding down, and the group was officially disbanded. However, MARKINT was formed as a small break-off group to analyze market intelligence. MARKINT developed a signal engine that was able to analyze stocks and detect suspicious insider trading. While any nonthreatening activity was handed off to the SEC, the program continued to search for terrorist threats evident in insider trading.

What listeners say about Summary: The Death of Money