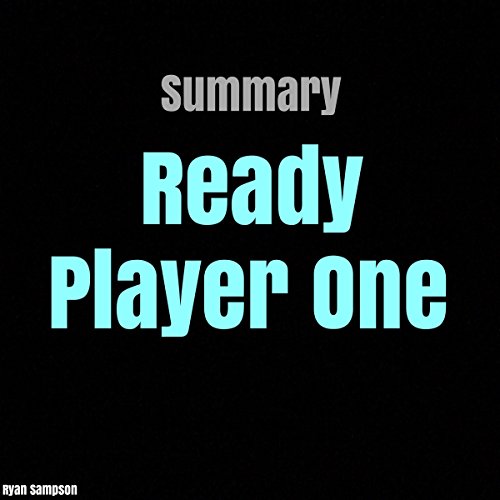 This is an audio summary of Ready Player One, a 2011 LitRPG science-fiction debut novel by American author Ernest Cline.

The story, set in a dystopian 2040s, follows protagonist Wade Watts on his search for an Easter egg in a worldwide virtual reality game, the discovery of which will lead him to inherit the game creator's fortune.

Teenager Wade Watts lives with his aunt in Oklahoma City in the "stacks", a poverty-stricken district constructed of trailer homes piled on top of each other. He spends his spare time as a "gunter" ("egg hunter"), logging on to the OASIS as an avatar under the moniker Parzival, reading Halliday's journal Anorak's Almanac, and researching details of the 1980s pop culture, mainly classic video games and movies that Halliday loved. One day, he realizes that the first key is located on the same virtual world as his own online high school, in a recreation of the Dungeons & Dragons module Tomb of Horrors. He meets Art3mis, a famous female gunter and blogger who has been exploring the place, and advances further than she does when he defeats the AI Acererak at the video game Joust. He is awarded the Copper Key, and Parzival appears on the "Scoreboard", attracting the world's attention. Parzival completes the gate's puzzles by playing through the Dungeons of Daggorath video game and then role-playing Matthew Broderick's character in the film WarGames. Art3mis clears the gate shortly afterwards as does Wade's friend Aech. Wade's fame enables him to make a living by endorsing virtual products.

Note: Author Cline sold the rights to publish the novel in June, 2010, in a bidding war to Crown Publishing Group. A film adaptation, screenwritten by Cline and Zak Penn and directed by Steven Spielberg, was released on March 29, 2018.

What listeners say about Summary: Ready Player One