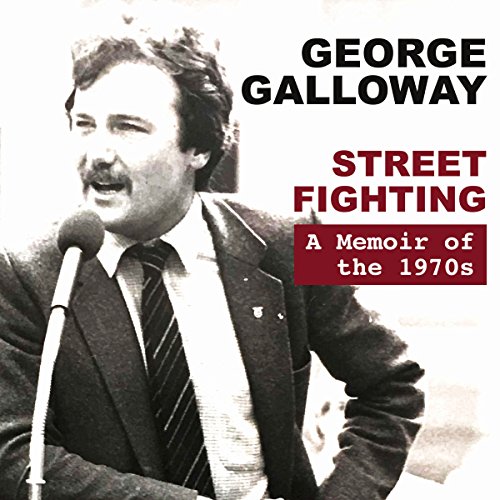 Street Fighting: A Memoir of the 1970s

George Galloway was born into poverty in a slum Irish immigrant quarter of the Scottish city of Dundee. He began the 1970s running wild in a gang - the Lochee Fleet - and ended the decade, as most people said, running the city itself. In subsequent decades he would rarely be out of the news but this personal memoir of the 1970s goes back to where he started.

Shocking from the start, Galloway's memoir interlaces his own young life into the most turbulent decade in British history, film, music, football, strikes, war in Ireland - indeed, war throughout the world. To understand the 1970s is to understand George Galloway. And vice versa.

Galloway is already writing the sequel to this volume: The Thatcher Years of the 1980s, which he describes as Britain's hangover, a hangover so bad that Britain almost died.

George Galloway; like him or loath him. You'd be lying if you said he wasn't interesting. And you know it.

What listeners say about Street Fighting: A Memoir of the 1970s

An amazing audiobook- so much so that I want to listen to it again.!
Informative ,funny and historical
Cannot wait for next volume

Narrated with the same integrity and passion with which he delivers his speeches, this brilliantly written book entertains and absorbs from beginning to end, and I would thoroughly recommend opting for the audio version - It is surely a no-brainer that, if you are an admirer of George Galloway as I am, that you would seize the opportunity to have the man himself read it to you.

On more than one occasion in this book, George makes reference to future volumes, and having now completed this one, those volumes cannot come soon enough.

I only hope that this is not his final word on the subject of the 1970s, because I found myself eagerly wanting to hear his views on some of the things not mentioned about the decade in this book, because I was riveted by his views on those that were.

George is a great wordsmith and narrator - I thoroughly enjoyed listening to his fascinating and tumultuous tales.
Can't wait for the 1980s!

Being a dundee man myself enjoyed reminiscing on the stories from George told so well and with humour Hopefully George will write many more of his memories.