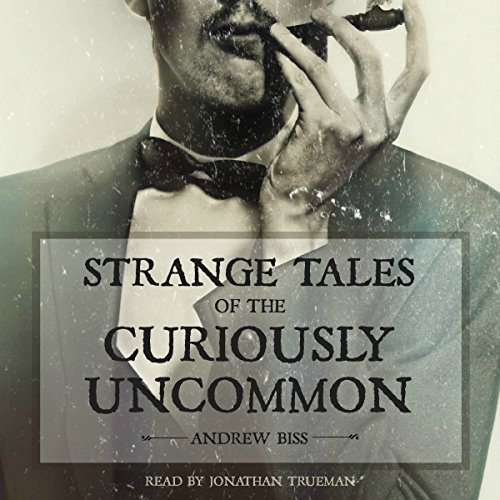 Strange Tales of the Curiously Uncommon

Strange Tales of the Curiously Uncommon

Strange Tales of the Curiously Uncommon is a collection of darkly humorous short stories, each with a cunning twist in the tale.

When extraordinary events befall some of London's most ordinary of inhabitants, unexpected turns lead to some witty, strange, sometimes shocking yet ultimately gratifying results.

"An Honest Mistake": Madge has long since surrendered herself to the verbal abuse doled out to her by her belligerent husband, Stan. On this particular evening, however, her fears of a rat beneath the floorboards, combined with her natural absent-mindedness, result in her dishing up Stan not only his evening meal but perhaps his just desserts!

"A Familiar Face": Two elderly Cockney women meet up in a London café shortly after one them, Dora, has been widowed. When Dora calmly removes from her shopping bag a large glass jar containing a human head, discussions over its mysterious identity and how it came to be lodged in the cupboard under her stairs lead to some startling revelations.

"A Slip of the Tongue": Miss Perkins, tired of the constant sexual innuendos of her employer, Mr. Reams, decides to hand in her notice. Mr. Reams, however, attempts to take things one step further. Unfortunately, due to Miss Perkins' nervous disposition, he soon discovers he's bitten off more than he can chew or, at least, one of them has.

"An Embarrassing Odor": Ethel, a frail, widowed pensioner, suddenly has her tranquil world turned upside when a burglar breaks into her home. This violent delinquent's only concern is in getting his hands on her valuables. That, and the unpleasant smell that fills the room. What is that smell?

"A Stunning Confession": As Ron and Jan made themselves comfortable on their sofa, they thought they were settling in for just another quiet night in front of the television. But beneath the surface each was withholding a guilty secret from the other, and on this particular evening one of them found they could contain themselves no longer.

I enjoyed the story teller, but the stories were depressing. Old woman who cater to violent men old and young. Then murder them. Old men with heads in their closets. Old men putting babies in their wives from transgender men. It makes me want to avoid all things English. The writer must not like older woman and the older men didn't end up in a good light either. Need to go to the comedy section...