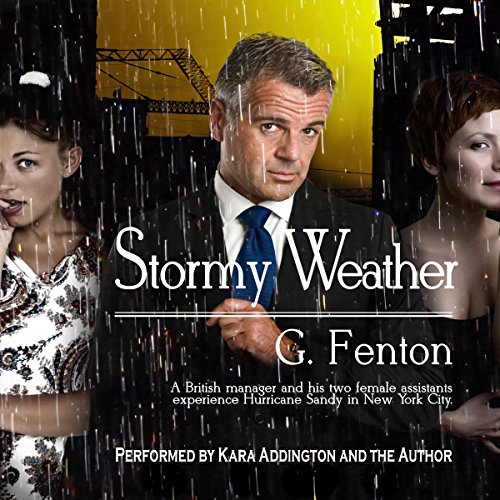 Brian, and his trusty assistants, Linda and Jayne, find that their plans to attend a conference in New York are disrupted by Hurricane Sandy. Team bonding takes on a whole new meaning when they have to move to more cramped accommodation.

Would you consider the audio edition of Stormy Weather to be better than the print version?

I enjoyed the slow build up to the story taking us from mercantile London to the restaurants and sights of New York City, seamlessly and logically. The abundance of detail was fascinating and informative but never crossed that fine line towards being an instructional piece.

It would be more accurate to describe a scene I did not enjoy.... Sorry couldn't find one.

I am not usually a lover of semi-dramatised books generally preferring the comfort and familiarity of a single voice reading the entirety of the book but this was the exception which broke the rule. I look forward to another rendition from Fenton and Addington.