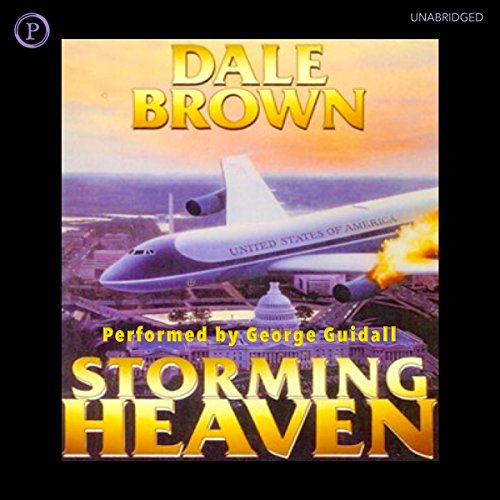 By: Dale Brown
Narrated by: George Guidall
Try for £0.00

Storming Heaven expertly recounts an all-too-believable tale of terrorism and retaliation. Murderer, terrorist, and international arms-dealer Henri Cazaux is the world's most wanted man. Taking off from Chico Municipal Airport in a cargo plane bloated with stolen missiles and high explosives, Cazaux looks down to see the fiery orange glow of his devastating ambush, an ambush put in place to stop the US Marshals and ATF officers who were looking to arrest him. With many dead and wounded, the US military, in concert with these embittered lawmen, rally against this clear and present danger.

What listeners say about Storming Heaven

not sure what's wrong
have always liked both author and reader

sloughed thru first few hours. too painful to continue


Way too much detail on every plane, missile, weapon, etc spoiled this book... plus a crazy and implausible plot line. the presenter did a great job

Dale does it again

I love reading Dale Brown books, but the Audible rendition enhances the characters. This makes me wonder what our leaders are really like. I feel I can relate to the main character or hero.

If only someone with power had known this ...

Right now they want us destroyed and we must stop them or we lose everything.