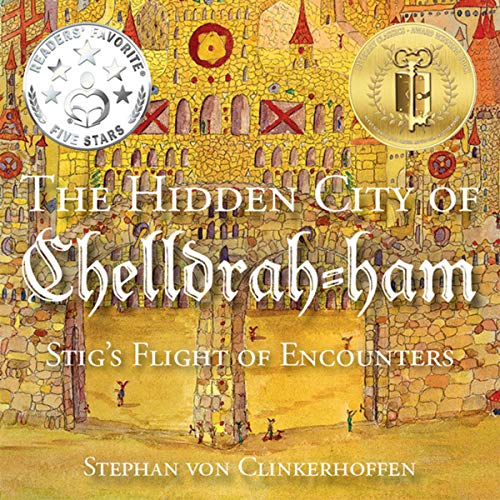 By: Stephan von Clinkerhoffen
Narrated by: Mark Wimmer
Try for £0.00

Stephan von Clinkerhoffen's The Hidden City of Chelldrah-ham: Stig's Flight of Encounters transports listeners to Chelldrah-ham, the city of riches which Stig calls home. They journey with him to strange and beautiful lands as his test flight goes astray and he crashes. Stig was so eager to test out his Spiral Drive, a power unit built for his clockwork plane. He even ignores his fellow inventor's words of warning. It's a decision that changes his life and tests whether he has enough fortitude and skill to survive.

Stig's trip back home isn't going to be that easy. Soon he discovers bat-like creatures, controlled by unknown evil forces, which threaten his homeland. He escapes the encounter but will have plenty more to face. Stig must depend on what Mother Nature can provide, along with the help of new friends like Meg, whom he meets on his quest to return home. He's got his mechanical skills and a map that his father had given him. But is that enough to get him back home?

What listeners say about Stig's Flight of Encounters